The old Well in Hoi An - Ba Le Well

The old Well in Hoi An - Ba Le Well was built before the 10th century, with a depth of about 12 m within the area of about 10 m2. Currently, the Well is located in a small alley on Phan Chu Trinh Street (Minh An Ward, Hoi An City), near the entrance to the old town="720"]

Old well in Hoi An

Like the My Son Sanctuary, the binder of the well is made of insoluble material. Centuries have passed, the well is not damaged, the water circuit is clear, abundant and became a tourist attraction everywhere with this mystery.

The old well is never dry

At first sight, deep wells are smoked; there is moss green mantle on the walls into walls. Unlike the typical wells, the mouth of old Ba Le well is designed by Cham architect, with square shape unlikely others well in North part of Vietnam with round shape.

Previously, the well was a source of water for merchant ships from China, Persia, Japan ... Later, a female merchant in the village spent a considerable amount to restore wells today. According to the elders here, the well was named after this sponsored woman's name.

The water in wells all year round is still full but not dry, dropping about three meters is touching the water face. The well is located in the small alley, but people still come to this well to get water.

Most restaurants in Hoi An use this well water for cooking. As they said, dishes that have become the food brand in Hoi An such as Quang noodles are made from the water of Ba Le Well. Ms. Be, owner of a restaurant opened more than 20 years near the well also use water here to make tea to serve customers.

If you want to try drinking water, you can find a family in Nguyen Thai Hoc. Signs to identify well water well with the words "Well water for visitors".

Mr. Nguyen Duong, even though he is 90 years old, is still diligent and fun with this unique job - carrying water tanker.

Started to work after 1975, Tang is carrying water to restaurants, eateries or hotels; households have demand. This work has been the primary source of income for his wife and children for mental illness for the last several decades. Many people call him the "keeper of old town".

From early morning, he brought fresh water well to the restaurant in the old town.

The story about a man carrying water for decades to feed his family was later to many news media in and outside the country to find to record. Duong's image not only expresses energy, optimism in life but also enrich the traditional culture in Hoi An.

Up to now, Ba Le antique wells and surrounding stories have been kept and handed down by the people. Not only bring valuable water to the people, but also the Well becomes a stop for visitors to explore the history of Hoi An. 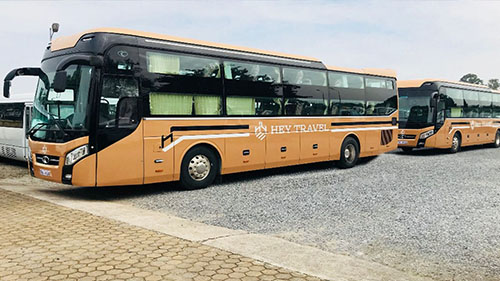 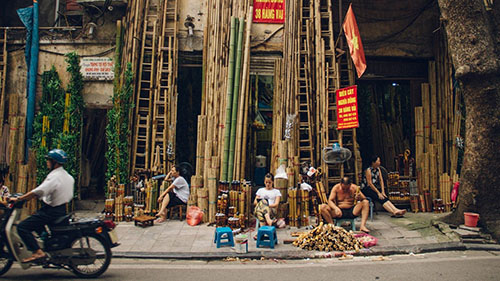